The Utah Chapter sponsors luncheon meetings and other events on topics of interest to local public and nonprofit administrators, educators, and students. As an ASPA - Utah Chapter Member, you have the opportunity to become involved in the local public administration community, enhance your professional development, and advance your career.

The Utah Chapter of ASPA strives to bring public administrators together to discuss important issues. We have a diverse group of members from a wide range of public and nonprofit organizations working to achieve our mission.

ASPA is the leading interdisciplinary public service organization that:

The American Society for Public Administration is the largest and most prominent professional association for public administration. It is dedicated to advancing the art, science, teaching and practice of public and non-profit administration. ASPA’s four core values are:

Stacee Adams is a first-generation college graduate and received her Master of Public Administration from the University of Utah. She spent the first part of her career working in the public sector for Salt Lake County and the Utah Department of Environmental Quality before venturing into the private sector where she is now a Communication and Public Engagement Leader for Avenue Consultants, a locally owned engineering firm in Taylorsville, Utah. Her education and career have helped her fulfill her purpose of connecting communities throughout Utah to the resources and opportunities they need to create a better quality of life for themselves and their families. She currently serves as the vice president of ASPA Utah and is the Past President of IAP2 Intermountain Chapter, where she’s spent the last six years building civic engagement skills for the public and strengthening the practitioner community in the Intermountain West. She loves to garden, but isn’t really good at it, walk her dogs, and be as cool in real life as her three incredible nieces thinks she is. 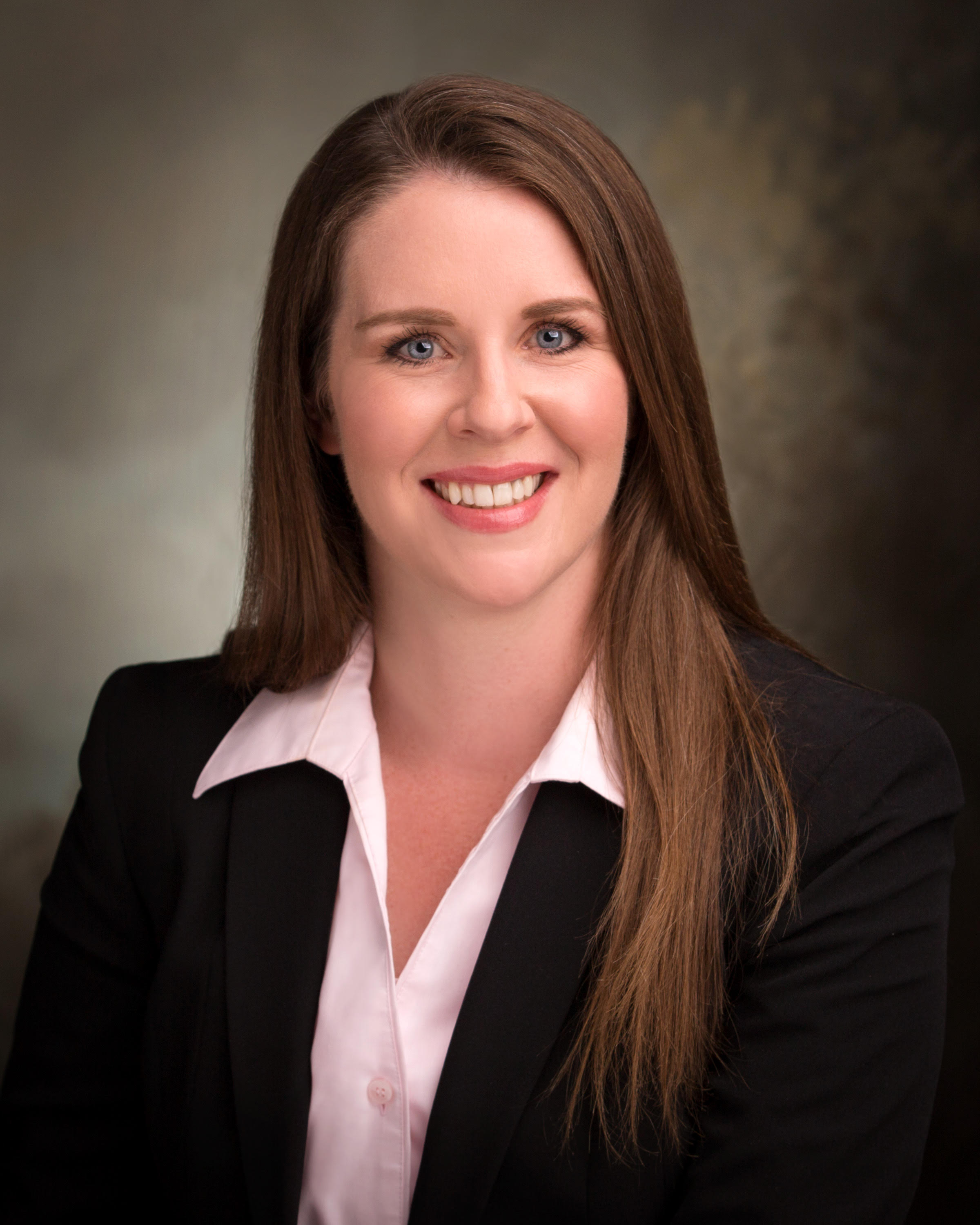 Rachel Black, MPA, LEHS. Rachel has worked for the Salt Lake County Health Department since 2014. She works in Environmental Health, and Supervises SLCO Covid-19 Testing Events. She is the instructor for Startups by Westside Leadership Institute, a nonprofit incubator with University Neighborhood Partners. Rachel worked with University of Utah Professors Dr. Jesus Valero and Dr. Lena Svedin on the development of Utah Statewide Strategic Plan on Homelessness. Rachel partnered with Dr. Jesus Valero at the University of Utah and Dr. Marina Saitgalina at Old Dominion University to conduct a national survey on nonprofit incubators and presented at ARNOVA’s Conference in San Diego and ANSER Conference in Vancouver B.C. in 2019, their work has been submitted for publication.

Nichol Bourdeaux, Chief Planning and Engagement Officer for the Utah Transit Authority has over 20 years of experience working in communications and government relations. Before serving in her current position at UTA, Ms. Bourdeaux served as the Deputy Chief of Staff for Mayor Ralph Becker, in Salt Lake City. Prior to that, she served as the Deputy Director of Housing and Neighborhood Development for Salt Lake City Corporation. She began her career in communications working for sporting and news affiliates. Her passion for sports led her to join the Salt Lake 2002 Winter Olympic and Paralympic Games where she was the entertainment and leisure coordinator for the Athlete’s Village. Ms. Bourdeaux served as the Government Relations Director for the Boys and Girls Clubs North Carolina Alliance. Ms. Bourdeaux has served on the Utah Performing Arts Advisory Board, Utah Nonprofit Association, and NeighborWorks Salt Lake Board of Directors, as well as the Chapel Hill/Carrboro Chamber of Commerce Business and Education Committee. She holds a BA in Communications and an MPA from University of Utah. Ms. Bordeaux is a native of Salt Lake City, Utah, and a sixth generation Utahan.

Candice Pierucci is the youngest serving female legislator in the history of Utah and currently the youngest serving legislator. Representative Pierucci serves District 52 (Riverton, Herriman, South Jordan) and replaced Representative Knotwell after his resignation in 2019. After being elected by the delegates in her district, Candice was appointed by Governor Gary R. Herbert to the Utah House of Representatives. Rep. Pierucci currently serves as the Vice Chair of Health and Human Services and also serves on the Government Operations Committee, and Social Services Appropriations. Pierucci also serves on the Commission for Criminal and Juvenile Justice.

Prior to her legislative service Candice worked as the Development Director for Sutherland Institute, a conservative think tank that focuses on faith, family and free-markets. Previous to working at Sutherland, Candice was the Director of Community Relations for Congressman Chris Stewart. Candice is the Vice President of Professional Republican Woman and over the years has worked on presidential, congressional, and local campaigns. Pierucci is a former board member and flight leader for Utah Honor Flight, a non-profit dedicated to taking veterans to visit their monuments in Washington, DC.

Candice received her Bachelor’s degree in Political Science with an emphasis in American Government from Utah Valley University and her Master’s Degree in Public Administration from the University of Utah. Candice has been a research assistant and research fellow with the Utah Women Leadership Project, co-authoring briefs on the status of Utah women in politics, non-profits and business. 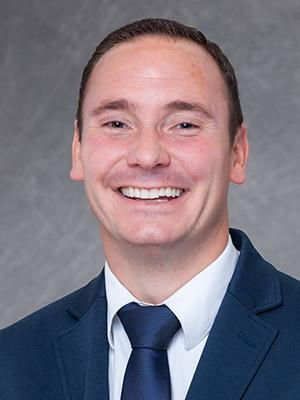 Joel Vallett is on the faculty at Southern Utah University (SUU), and he teaches in the Master of Public Administration (MPA) program. His research interests center around policy incentives as a driving force for policy implementation, success, and ethical decision making. His professional experiences include negotiating multi-million-dollar contracts as a DOE Contractor. Joel looks forward to bringing his experiences and research in serving on the ASPA-Utah council.

Jennifer Maurine Seelig has been involved in politics and public service for more than two decades at a policy-making and leadership level. She was a policy and research analyst for the Salt Lake City Council between 1995 and 2000. She served as a policy and research analyst for Salt Lake Mayor Rocky Anderson between 2000 and 2001, with primary responsibility for the Americans with Disabilities Act and for a broad range of policy issues that required thoughtful evaluation and review before being presented to the Mayor for action. She additionally served as the communication and legislative policy analyst for the Utah League of Cities and Towns, which acts as an advocate for issues vital to residential communities across the state. From 2003 to April of 2014, Jennifer worked for 1-800 CONTACTS as their Associate Director of Governmental Relations. Between January of 2016 and January of 2020, Jennifer served the City of Salt Lake in Mayor Biskupski's office as a Senior Policy Advisor and Director of Community Empowerment. Currently Jennifer teaches public administration classes at the University of Utah and serves as the Director of Community Partnerships within the Institute of Government and Politics and Utah State University. Jennifer was elected by District 23 residents in November of 2006 to serve in the Utah House of Representatives. In 2012, her peers in the Utah House Democrat Caucus elected her into the leadership position of Democratic Leader. She is the first woman to serve in this role. Prior to holding this position, Jennifer served in the capacities of Utah House Democratic Caucus Manager and Caucus Whip. Jennifer retired from elected service in 2014 in order to finish her PhD - which was completed in the fall of 2018 from the University of Utah. Her research interests include civic engagement, neighborhood-based governance, and women's political empowerment. She has a Master of Public Administration degree from the University of Utah and a B.A. in English from the University of Louisville.

The Distinguished Service Award for Outstanding Contributions to Public Administration honors publicly-engaged individuals who have made significant contributions to the academic field or practice of public administration in Utah. This award is intended to recognize for, for example, K-12 and post-secondary educators, merit government employees, leaders in the nonprofit sector, and other often unnoticed individuals who have helped make Utah a better place to live and work

The Distinguished Service Award for an Appointed Official recognizes and honors appointed public officials who have played significant leadership roles in the implementation of government policies and programs. This award is intended for appointed officials at the national, tribal, state, and local level (including counties, cities, towns and service districts) who have demonstrated exceptional commitment and integrity in their service.

The Distinguished Service Award for Excellence recognizes and honors organizations, boards, commissions, or other groups that have contributed to improving the lives of people in Utah with an emphasis of advancing the circumstances of underrepresented populations. Awardees advance the common good through inclusive leadership, public participation, and community engagement.

Award accepted by Nubia Peña, Director for the Utah Division of Multicultural Affairs